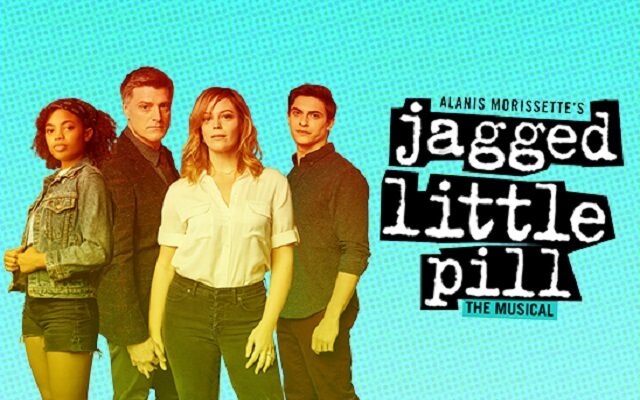 Wow! I just saw “Jagged Little Pill” at the Golden Gate Theater in San Francisco (thanks Broadway SF). With music from Alanis Morissette’s iconic 1995 album and cuts from some of her other albums.

This an intense, upbeat show that tackles some current issues, including drug addiction, sexual abuse and dysfunctional famlies. You would think that this would be a depressing production, but it’s far from that. It’s intense but there is also humor weaved in. The contemporary dancing by the ensemble is outstanding, and all of the leads are strong.

One of the standout performances is by Jade McLeod who plays Jo, best friend to daughter Frankie Healy. Her emotional performance of “You Oughta Know” after finding Frankie with a boy brought the house down!

I went into the show not knowing anything about it – I am so glad I saw it. Don’t miss “Jagged Little Pill” at the Golden Gate Theater now through November 6th. You can get ticket information at kkiq.com in the Hometown Happenings section. Oh, one more cool thing – at the intermission, I looked across the aisle from where I was sitting, and there was Alanis Morissette. It looked like she really liked this production!